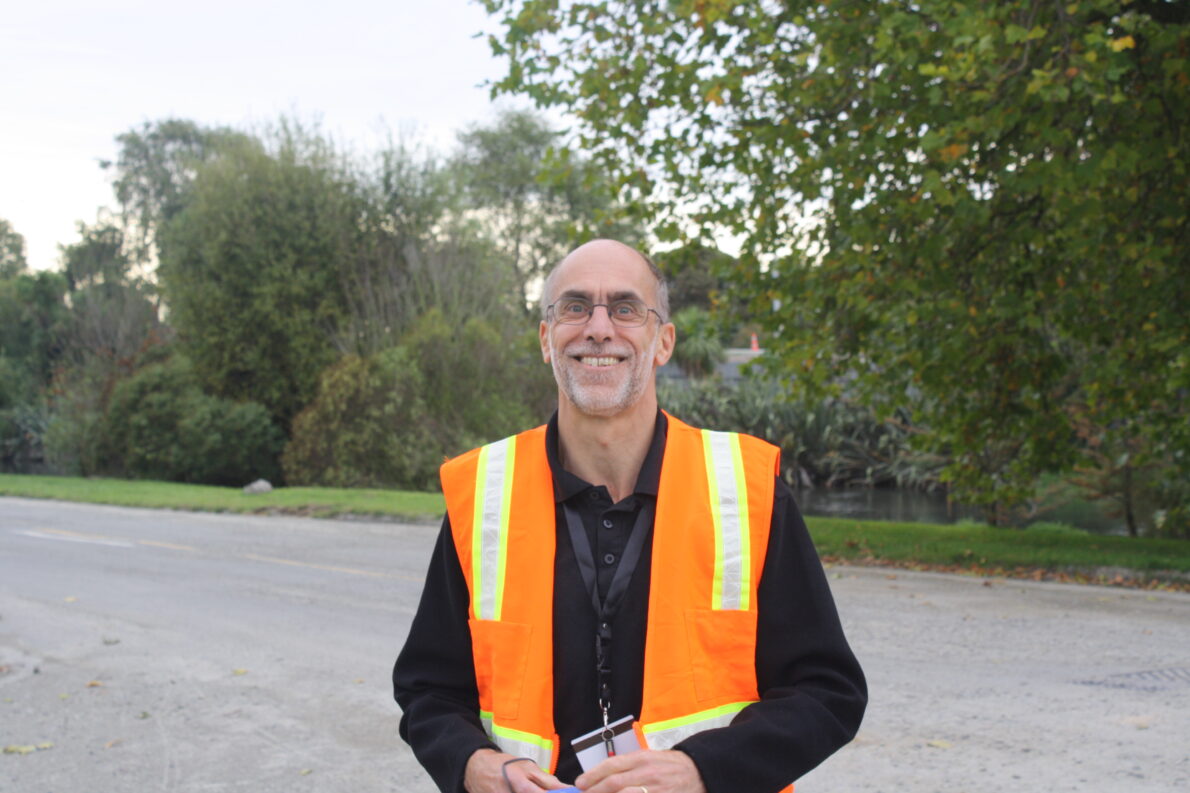 Kestrel Director Dave Brunsdon is now a Companion of the New Zealand Order of Merit. Announced in the 2022 New Year’s Honours, the accolade has been awarded for Dave’s services to both engineering and emergency management.

He says his has been a ‘fortunate career’.

“Fortunate because of the opportunities I’ve had to work alongside some outstanding engineers, scientists and emergency managers. I’ve been able to learn from these leaders in their fields and I’ve also been trusted with some big roles working at the interface of emergency management and engineering.”

We all like to make a difference, so this recognition is pretty special from this perspective, says Dave.

Dave says he’s been lucky to have essentially two careers – the first and primary one as an engineer working with buildings and infrastructure, and another focusing on emergency management in the late 1990s through the 2000s.

It was seeing the need for a consultancy specialising in emergency management and crisis management that led to Dave establishing Kestrel Group in 2003.

Kestrel has been recognised for almost two decades as a leading national consultancy providing advice on crisis management and business continuity to a range of organisations, as well as strategic engineering and risk advice.

The impetus for getting involved in Lifelines Engineering had its origins in the Newcastle earthquake that occurred in December 1989. Dave was working and living in Sydney at the time, and spent the next two years assisting in the recovery before returning to New Zealand.

At that point in time New Zealand hadn’t had a significant urban earthquake for 50 years, says Dave. “That drove me to try to get better response arrangements in place because I knew our time would come.”

In the 1990s and early 2000s Dave had the opportunity to visit several other major earthquake sites around the world. “That really gave me a unique appreciation of what the issues were and what needed to be put in place operationally prior to our big earthquake, in addition to focusing on dealing with our older and more brittle buildings to reduce the risk they pose.”

One of Dave’s personal highlights was being closely involved in setting up Urban Search and Rescue (USAR) in New Zealand.

“New Zealand was the only country to have a fully developed USAR capability before a major disaster occurred, rather than being developed as a reaction to an event. I’m very proud of that and of also building a very strong USAR engineering team, as well as supporting the development of our canine rescue capability.”

Among the many things Dave became involved in during the years following the Canterbury earthquakes, one that has given him the most satisfaction is leading the push to recognise the low life safety risk posed by older light timber-framed buildings.  As Chair of the Ministry of Education’s Engineering Strategy Group, he initiated the destructive testing of classroom blocks to confirm the good life safety performance that was observed in the earthquakes, and what he had previously observed overseas.

The findings of this research was incorporated into the revised national seismic assessment guidelines for assessing existing buildings released in 2017.

He continues to be involved in explaining seismic risk to owners and tenants of a wide range of buildings that have ended up with low seismic ratings.

“We explain to owners that a low rating does not equate to a building being dangerous.  They can still occupy the buildings while plans are put in place to strengthen them.”

In addition to his New Year’s honour Dave is a Distinguished Fellow of Engineering New Zealand and Life Member of both the NZ Society for Earthquake Engineering and the Structural Engineering Society of New Zealand. In 2012 he received the Minister of Civil Defence’s Silver Award in recognition of his contribution to Civil Defence Emergency Management.

Below is the citation which accompanied the announcement of Dave’s award.

For services to engineering and emergency management.

Mr David Brunsdon has been active with Engineering New Zealand and the emergency management community in improving New Zealand’s resilience to natural disasters.

Mr Brunsdon has led many initiatives for the New Zealand Society for Earthquake Engineering (NZSEE) and the Structural Engineering Society of New Zealand (SESOC), including the development of technical guidance and regulatory provisions for the seismic assessment of existing buildings.

He led the development and implementation of national procedures for managing buildings in an emergency, which have been applied following various natural disasters since 2007, several under his operational leadership. He played a key role during the development of New Zealand’s Urban Search and Rescue capability and was the USAR engineering leader following the 2010/2011 Christchurch earthquakes.

He was pivotal in the development of lifelines engineering in New Zealand, including the recognition of interdependent infrastructure such as water, energy, transport and communications in New Zealand’s statutes. He led the Wellington Lifelines Group from 1993 to 2012 and helped establish Lifelines Groups in all other regions of New Zealand. He chaired the New Zealand Lifelines Council from 1999 to 2016 and continues as Principal Advisor.

Mr Brunsdon has maintained a strong link with the research sector through various project roles and authoring of papers.